What is the meaning of the amendment made with the Law numbered 7244, which has been added to the Labor Law No. 4857? 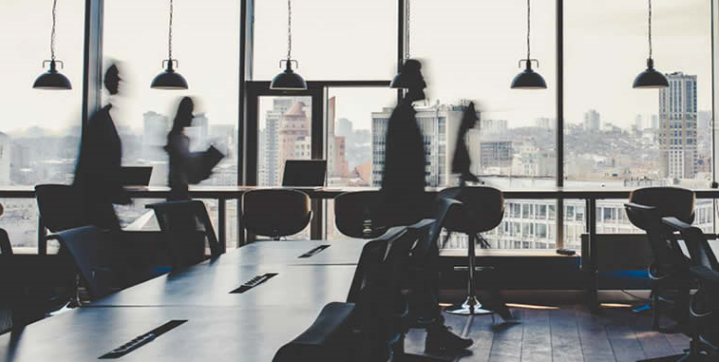 Amendment made with the Law numbered 7244, which has been added to the Labor Law No. 4857, prohibits termination of the contract for 3 months, starting from the effective date, 17.04.2020. According to the Provisional Article 10: “Regardless of whether this Law is covered or not, any employment or service contract cannot be terminated by the employer, except for the situations that do not comply with the rules of ethics and goodwill and similar reasons mentioned in paragraph (II) of the first paragraph of Article 25 and the relevant provisions of other laws, for three months from the date of entry into force of this article.”

In the same legal arrangement, it is stated that in violation of the provisions of this article, the employer or the representative of the employer who terminates the employment contract will have an administrative fine at the monthly gross minimum wage amount for the employee whose contract is terminated. It should be noted that although the ban is limited to three months, the President has the power to extend the period up to six months. The regulation introduced concerns all kinds of service contracts whether or not they are subject to the Labor Law. Accordingly, there is no hesitation that it covers employment contracts subject to the Turkish Code of Obligations, labor contracts subject to the Press Labor Law and the Maritime Labor Law. According to a minority opinion, considering the aim of the law to Reduce the Effects of the Outbreak on Economic and Social Life, the prohibition of termination cannot be mentioned for workers and employers who are not affected by this epidemic. However, the general opinion is that such a distinction cannot be made. Therefore, no distinction can be made in terms of how much the employee or employer is affected or not affected by the outbreak in terms of prohibition. Because such a distinction is not explicitly mentioned in the law. In our opinion, there is no hesitation that the prohibition of termination should be applied regardless of the criterion of the epidemic, given the emphasis on the protection of employment both in the letter of legal regulations and in the President's statements since the beginning of the process.

As a matter of fact, on the protection of employment, with the Law No. 7226 dated 26.03.2020 provisional article 23 is added to the Unemployment Insurance Law No. 4447. With this provisional article, the conditions for applications for short-time work allowance to be made due to the epidemic have been facilitated, and it has been accepted that termination will not be made in the period in which short work has been applied, except article 25 / II of the Labor Law. The exceptions stated in the Article 25/ II of the Labor Law are regulated as follows; a) If, when the contract was concluded, the employee misled the employer by falsely claiming to possess qualifications or to satisfy requirements which constitute an essential feature of the contract, or by giving false information or making false statements; b) If the employee is guilty of any speech or action constituting an offence against the honour or dignity of the employer or a member of his family, or levels groundless accusations against the employer in matters affecting the latter’s honour or dignity; c) If the employee sexually harasses another employee of the employer; d) If the employee assaults or threatens the employer, a member of his family or a fellow employee, arrives at the workplace as drunk or takes drugs or using these substances in the workplace e) If the employee commits a dishonest act against the employer, such as a breach of trust, theft or disclosure of the employer’s trade secrets.; f) If the employee commits an offence on the premises of the undertaking which is punishable with seven days’ or more imprisonment without probation; g) If, without the employer’s permission or a good reason, the employee is absent from work for two consecutive days, or twice in one month on the working day following a rest day or on three working days in any month h) If the employee refuses, after being warned, to perform his duties; ı) If either wilfully or through gross negligence the employee imperils safety or damages machinery, equipment or other articles or materials in his care, whether these are the employer’s property or not, and the damage cannot be offset by his thirty days’ pay.

The prohibition of termination of the employment contract covers all terminations except for article 25 / II, as stated above. There is no other exception for termination of the employment contract. However, according to the one view, these terminations made within the prohibited period of the employer due to 25 / I of the Labor Law, due to the health reasons or compelling reasons according to the Article25 / III, or due to the employee’s being taken into custody or due to his arrest, his absence from work exceeds the notice period within the scope of the Article 25 / IV should not be deemed legally invalid. According to this view, terminations due to these reasons will result in penal sanctions / cancellation of short-time working allowances. However, just because the termination was made during the prohibition of termination, it should not be seen as unfair and invalid and there should be no need to pay compensation. However, given that the aim of the legislator is to ensure the continuity of employment, it is likely that this opinion will not be respected by the Supreme Court.

So what will be the consequences of acting against the prohibition of termination?

Of course, this will have legal implications, since it cannot be thought of only as an administrative sanction. It should be noted that this prohibition is directed to the will of the employer to terminate. There is no such ban in terms of employees. At this point, however, it should be noted that: The employer has been granted the right to unilaterally leave the employee unpaid leave with the same legal arrangement. And it has been ruled that it would not be a justifiable reason for termination for unpaid leave for the employee.

In which matters can a conflict arise in terms of employees whose employment contracts are terminated during the prohibition of termination?

As a result, although judgments and discussions continue, as there is no judicial decision about the legal consequences of the prohibition of termination, how the matter will be evaluated and which legal sanctions will be applied will be clarified by the judicial decisions made in the future.