The world music industry is reshaping with the pandemic! 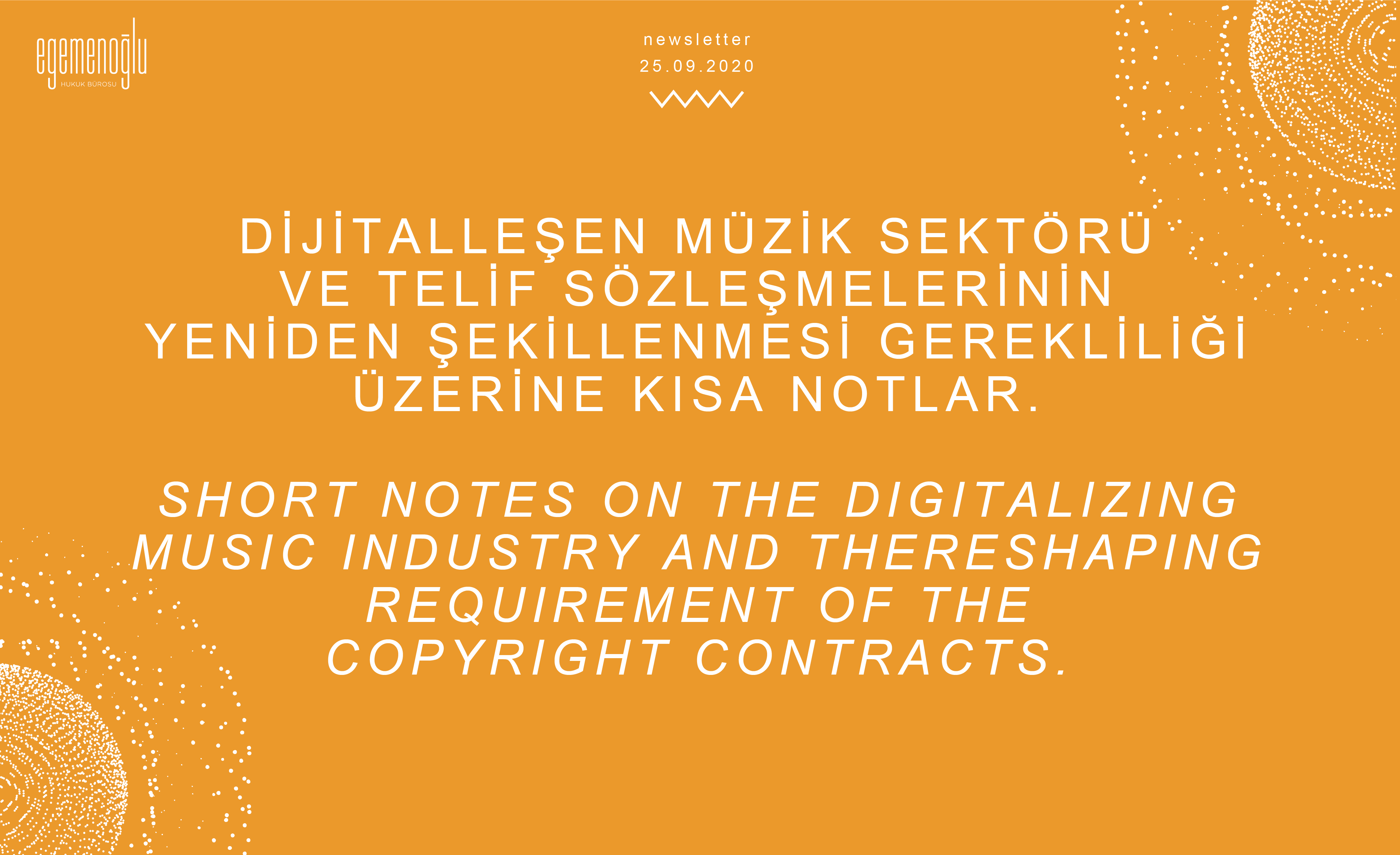 Kanye West, who has made a rapid enter into the American rap music industry, is better known for his sensational marriage, the products he created in the fashion industry, and ultimately his candidacy for the US presidential election, instead of the experimental sounds he brought to rap music, became the (2nd) artist who earned the most money in 2019. According to Forbes data, the rapper, who closed 2019 secondly  with a $ 150 million earnings after Taylor Swift, is on the agenda with the war he waged for the record company.(https://www.forbes.com/ sites/zackomalleygreenburg/ 2019/12/06/the-worlds-top-earning-musicians-of-2019/#5d1b451164e7)

The most famous example of rebellion against record companies in the American music industry was, of course, Prince. He took the stage with a tattoo that reads "slave" on his cheek. Prince's main point of criticism was that although he had released albums with millions of dollars in royalties, he could not get enough of these incomes and had to go on stage to earn money.

The same chaotic situation was true for Michael Jackson, who is considered the greatest performance artist ever. The king of pop had to get on the stage to make money while he had all the conditions, including having the Beatles Catalog, to earn millions of dollars in incomes. So much so that he tragically passed away, days before he get on the stage again. He surpassed Elvis Presley by making a fortune of $ 2 billion since his death, and he has not left the title of richest dead celebrity since 2009.

Nowadays, as in the example of Kanye West, one of the main reasons why the eternal rivalry between record companies and musicians is showing itself again is that digital music platforms have increased their membership to 358 million subscribers by 2019. This increase means 32% growth compared to the previous year. It is estimated that this number are going to reach 700 million subscribers with the pandemic. When we view the subscription numbers, the industry leader is "spotify" with a rate of 35%. It is followed by "Apple Music" with a share of 19%, followed by "Amazon Music" in the third place. These platforms, which are accepted as the new media of music, are thought to attract the attention of YouTube, which has just started to enter this business.
(https://www.ocregister.com/2020/01/10/here-are-the-top-money-making-dead-celebrities-from-2019/)

Kanye West published all of the contracts he signed with UNIVERSAL MUSIC GROUP (UMG) piece by piece on his Twitter account on 16.09.2020,  stating that he could not upload documents to the account in PDF format.

The contracts signed between Kanye West and UMG once again showed that the question of who owns and how to get copyright is still the biggest battle between record companies and musicians.

If we assume that the contracts which are made in Turkey are copies from American counterparts, with the publication of Kanye West’s agreement it is understood once again that the winning party is the party which holds the copyrights within the scope of World Music Market same as in Turkey.  Because, according to these contracts, the artist has to earn his income from concert and other merchandising revenues, not from royalties while the biggest share of royalty income is of course in UMG, West's record label.

Increasing the dominance of digital music platforms day by day causes the importance of royalty income to multiply. Therefore it is so important to determine that who holds the copyright of the works; how many years it will be; in which medias, how and in what way it will be used, and in addition to all these, perhaps most importantly, by whom and under what conditions it will be transferred and assigned to third parties, in the provisions of the contract signed between the musicians and record companies.
Failure to pay attention to these provisions in contracts with record companies can signify an absolute loss of copyright for the artist.

It is sure that the court decision, given in 2013, stating that the copyrights of Erkin Koray's famous "Fesuphanallah" and "Şaşkın" albums belong to the record company not to the artist, is the best example that can be given related to our last statement.

In this decision, which has been finalized after the examination of the Supreme Court and became a precedent, the consent letter signed by the artist has been deemed valid and the transfer and assignment of both albums to the third parties by the record company has been found legal. Thereby, Erkin Koray, the original creator of two big albums such as “Fesuphanallah” and “Şaşkın” had to be content with buying a spoon of cake from the royalties and leave the big slice to the companies. (Supreme Court Decision – 11th Civil Chamber., numbered 2012/5303 2013/8060 dated 24.4.2013) Therefore, the terms and conditions determined when designing copyright contracts are at least as vital as the work itself.

Considering that closed concert areas are not going to be popular as before, especially due to the pandemic, the authors will ask  "why I can't get more royalty income" just like Kanye West, and will shift the helm to the visual and audio resources of digital music platforms. This will, of course, mean the rewriting of the international giant record label contracts disclosed in all details on Twitter.

In the new world order, where nothing will be the same with the pandemic, the music production contracts, which are the playmakers of the music industry, and the copyright provisions of these contracts will inevitably take their share. It can be said that the party who takes the biggest share of the future music market will be the party that holds the power of copyright and uses this power in digital music media.